Whether Groping is a Crime 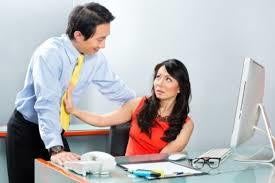 There has been a virtual flood of media coverage regarding sexual harassment both in the workplace and outside.  The claims of harassment have also covered a wide range of activities.  Vox.com recently posted and article regarding circumstances when sexual harassment or unwanted touching "groping" may constitute a crime.  See Groping Is A Crime.

In Arizona there are a number of criminal statutes that may cover sexual harassment or groping and which could lead to criminal charges being filed.

Arizona's sexual abuse statute criminalizes non-consensual touching of another persons genitals, anus or a female's breast or any sexual contact whether consensual or not with the private parts of a minor younger than 15.  Arizona's sexual assault statute makes it a crime to have sexual intercourse or oral sexual contact with another person without their consent.  Lack of consent does not require proof that the sexual contact was achieved through the use of force.  An unequivocal refusal to engage in the conduct is enough to establish lack of consent.  Also, if a person is incapable of consent due to a mental condition, intoxication or sleep engaging in sexual conduct with that person would also be criminal.

Touching another's genitals or a woman's breast could also be a crime even if there was no sexual motivation for the touching.  Arizona's assault statutes may criminalize touching not motivated by a sexual intent but involving sexual parts of the body.  Assault in Arizona is defined as "knowingly touching another person with the intent to injure, insult or provoke such person".  So, poking, grabbing or touching another person's genitals or a woman's breast to provoke a reaction could also be charged as a crime.

Finally, in Arizona it is a crime to harass another person.  Harassment is conduct directed at a specific person that would cause a reasonable person to be seriously alarmed, annoyed and that conduct in fact seriously alarms or annoys the other person.  Thus, repeated unwanted touching or attempted touching, even if not constituting sexual misconduct or assault could in the proper circumstances be harasssment.

We have been defending criminal cases involving claims of harassment for over three decades.  If you have been criminally charged or have questions regarding harassment, assault or sex crimes please contact us.

Steve Sherick is a "near native" Arizonan having lived most of his life in Tucson.  He received his undergraduate and legal education at the University of Arizona.  Since 1980 he has devoted all of his practice to criminal law, always in defense of those accused of crimes.  He received his Board ...