Under this statute, injury can be anything as little as scratching someone's arm, or throwing a glass of water at someone. Assault, even seemingly minor acts as the latter two examples, can become domestic violence assault when the "victim" is in a domestic relationship with the accused.

The penalty for domestic violence assault carries the same punishment as the assault charge would have on its own merit except with the added domestic violence treatment classes and the prohibition to possess any firearms. Misdemeanor assaults are usually charged as class one misdemeanors, which can carry with it a sentence that includes probation, jail up to six months, and a fine up to $2,500 with an 80 percent surcharge. Sometimes, according to the facts and circumstances, an assault charge is reduced to a class two misdemeanor, which can result in a sentence of probation, jail up to four months, and/or a fine up to $750.00 with an 84 percent surcharge.

Academic Aspirations. If you intend to attend undergraduate or graduate school, a permanent record that has domestic violence on it may prevent you from being accepted. If you are accepted or already enrolled and seek financial aid and/or scholarships, those financial awards can be denied. If you intend to live on campus, that, too, may not be permitted upon disclosure of your permanent record.

Career Aspirations. Domestic violence on your permanent record can impact your career in several ways. Generally, many companies will not hire someone with this conviction; it becomes an issue of trustworthiness and reliability with regard to your employment and it becomes a liability issue for the company. If your career requires a professional license, that license can be suspended or revoked, and you are, therefore, out of a job. If your career requires you to carry a weapon, e.g. police officer or border patrol agent, the firearms provision under the domestic violence statute bars you from carrying a weapon, thus, you could lose your job.

Custody and Divorce Implications. If you are in the middle of divorce proceedings and/or have children, a domestic violence record will be used against you to the benefit of your spouse.

Also keep in mind that if you live with the person who is also the "victim," a protection order will be placed against you almost immediately before you even have a chance to defend yourself. With a protection order in place, you cannot return to your home or be within a certain vicinity as the accused.

We will use all of our legal and technical tools at our disposal to defend your case. For instance, in cases where it is a matter of the victim being placed in "reasonable apprehension of physical injury," we will present evidence that it was unreasonable for the "victim" to have been frightened. The most common defense to an assault charge, however, is self-defense. In many cases, the "victim" initiates or provokes the situation. The key to your defense will be the analysis of eye-witness testimony, physical evidence, potential video recordings, and other relevant evidence, including the "victim" who may want the charges dropped anyway because it was, after all, a misunderstanding.

In addition to specific defenses to assault and domestic violence assault, we will assert a wide range of defenses and challenges to constitutional violations, which are applicable in almost all criminal cases. 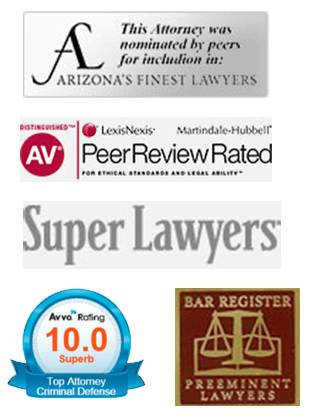